Explaining dissociation and re-assembly of TCV

Last week I was working on some experiments to dissociate and re-assemble my TCV sample. These experiments were based on the paper written by my supervisor P. G. Stockley and some of his colleagues from 1986, called Structure and Assembly of Turnip Crinkle Virus, Mechanism of Reassembly in Vitro.

This paper shows how dissociation of turnip crinkle virus at elevated pH and ionic strength produces free dimers of coat protein and a ribonucleoprotein complex that contains the viral RNA, six coat-protein subunits and the minor protein species, p80 (a covalently linked coat-protein dimer). Then, after isolating the coat protein and rp-complex, changing the physiological conditions and adding these two components together allows re-assembly of the virus.
The paper also shows how assembly of the virus is selective for viral RNA when in competition experiments with heterologous RNA, and that assembly proceeds by continuous growth of a shell from an initiating structure, rather than by formation of distinct intermediates. But last week I just focused on the dissociation and reassembly aspect of the paper.

First of all the TCV particles were dissociated. This was done by placing the virus sample in buffer containing NaCl, Tris-HCl and EDTA, along with protease inhibitors as TCV is very sensitive to these enzymes. The virus dissociates due to the ETDA in the buffer which is an chelating agent, and removes the calcium ion that is bound in the virus capsid and causes it to fall apart. The sample was fractionated using a Sephadex G150 column, which separates samples by size. When the eluted fractions were measured using spectrophotometry the spectrum was expected to look like this; 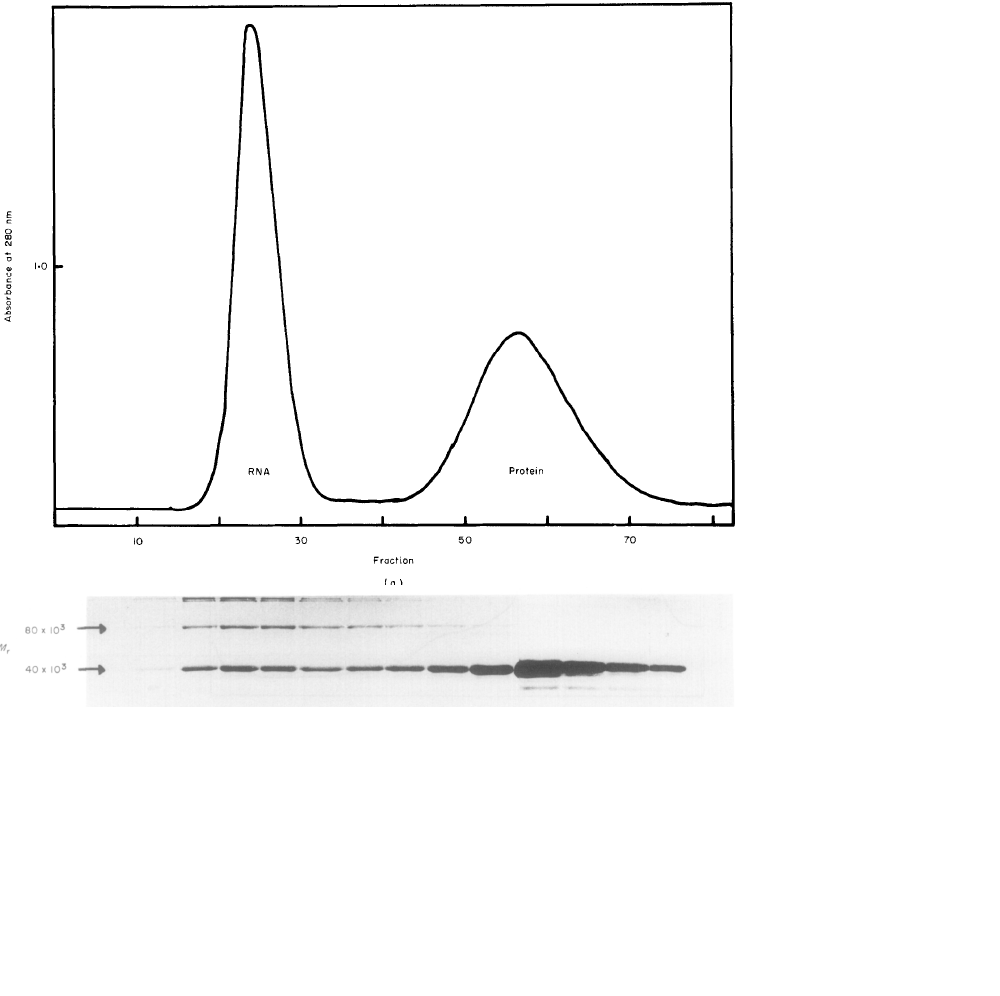 This shows that the virus has dissociated into the rp-complex which is eluted first (the first peak) and then the capsid proteins are eluted second (the second peak).

The paper goes on to do other experiments with specificity of the coat protein for the RNA etc. The paper can be found here https://crystal.harvard.edu/lib-sch/SorgerP-86-JMolBiol-191-639.pdf. I took some electron microscopy images of my virus sample and these confirm that was experiments were successful! This week I will be moving on further into the project, so I will keep you posted on what I do next!